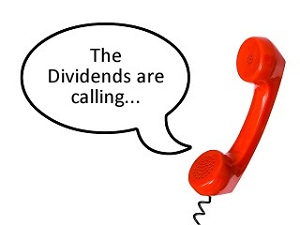 Today’s dividend stock is a household name that everyone has heard of. The company that I would like to look at is Microsoft Corporation (MSFT). The brainchild of Bill Gates is the king of the software market. Microsoft’s Windows operating system has over 90% of the market for client operating systems. The company has been around since 1975 and is valued at just under $215 billion dollars.

Mr. Softy is finally raising its dividend. Microsoft announced that the company will be increasing its dividend 23% to 64 cents per share. The software giant has finally found something to do with its nearly $37 billion dollar cash hoard. Microsoft is currently yielding 2.60%. This is substantially above the average 5 year historical yield of 1.80%.

The stock looks like a reasonable value. Shares currently trade for 9 times earnings and the company has been able to grow earnings at an 11% clip over the past five years. This is below the industry average P/E ratio of 14. The stock trades at just 1 times price to earnings growth. Microsoft is making the transformation from a company that belongs in the portfolio of a growth investor to an income investor’s core holding